Boardgame Creators and Patents (Plus a Cool Logo) 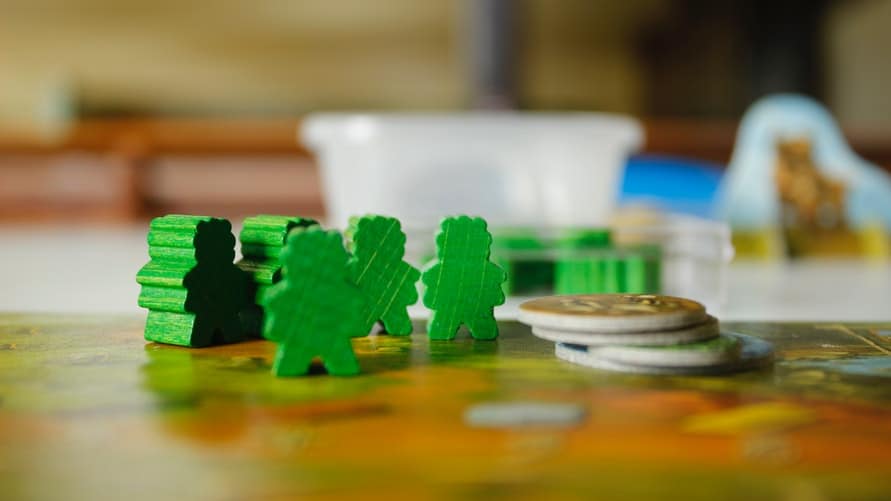 Here’s something cool in the Expresso Design portfolio: a logo to celebrate vegan game gatherings. 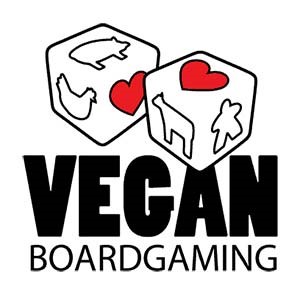 This logo, simple and striking in black, white, and red, was created by Mauro Reis at Expresso Design. It’s so great it inspired game aficionado Allen Eckert to come up with a new, unique, and very vegan game.

Today, many board game players design games as well as play them. Some take their tangible concepts to crowdfunding platforms, attracting funding and licensing partners, and getting their games out there for people to play.

What if Allen decides to take it to the legal level and stake an intellectual property claim?

The government doesn’t exactly issue patents like confetti, but if you were game to try, you’d likely go for a utility patent—and if you could capture it, you could hold it for two decades. After 20 years, you’d settle back, look over your victory with satisfaction, hear the clock strike, and see your possession unfettered and released to the public domain.

What must a game have to impress the patent officials?

Being among the listed patents on a Google search­ must be a heady thrill. The typical starting point is the provisional patent application which buys a creator a year to hold a “patent pending.” Public testing—for example, at a game convention, or even by way of a print-and-play testing phase—starts a legal clock ticking. Any invention that’s been “in public use, on sale, or otherwise available to the public” more than a year can’t be patented.

Once a game is out there, it may evolve or it could be expanded to become longer or more interesting. Expanded versions are derivative works and these too can be covered in the licensing agreement. And getting an agreement matters because current fees plus maintenance fees are annoying and it’s best to get someone else to pay them so of course a serious licensee who will pay patent fees is a godsend and finding one is probably an element of a very interesting game.

Mauro keeps up with the board game designer chat sites, where the patent topic comes up often. Mauro notes that very few game creators these days apply for patents because (a) it’s costly and (b) in reality it provides spotty protection. Mauro illustrates this limitation with an example:

Wizards of the Coast has patented “tap” mechanics—turning a card sideways to indicate it was used. But the way the patent had to be written, the tap mechanics had to be bundled up with the description of all the other components and mechanics for the game. So unless you copy their game Magic: The Gathering in full, they can’t do much about your turning cards sideways on your own game.

There are other intellectual property options. Characters, names, logos, and even layouts and game pieces (just not the mechanics of the game—that’s for patenting) may qualify for trademark. All a designer need do is place the raised TM on elements to signify original authorship. To go a step further, the designer can apply for the ® (circled R) signifier—official trademark registration. It provides a court-recognized basis for requesting statutory damages (money) and attorneys’ fees (more money) in an enforcement action. But registration means upkeep: renewing (paying fees) and renewing again.

Some protection for print-and-play mode can be found through the Creative Commons concept. Designers who’d like to dedicate a creation to the public domain can do this with Creative Commons too.

This site was carefully crafted by Expresso Design, LLC
Share This